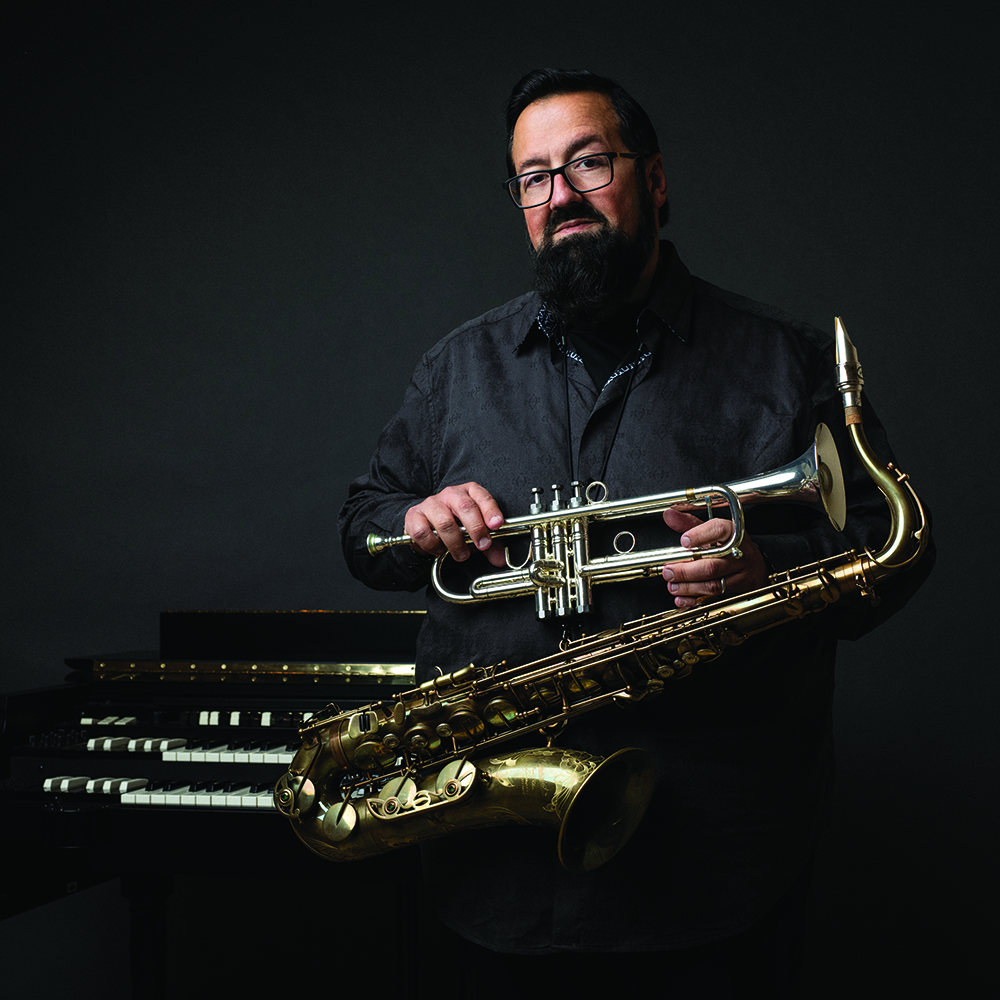 “He has dominated the instrument and the field as no one of his generation has.” – Chicago Tribune

“Mr. DeFrancesco is a deeply authoritative musician, a master of rhythmic pocket, and of the custom of stomping bass lines beneath chords and riffs.” – New York Times

Joey DeFrancesco’s emergence in the 1980s marked the onset of a musical renaissance. Organ jazz had all but gone into hibernation from the mid-’70s to the mid-’80s until DeFrancesco reignited the flame with his vintage Hammond organ and Leslie speaker cabinet. The son of “Papa” John DeFrancesco, an organist himself, the younger DeFrancesco remembers playing as early as four-years-old. Soon after, his father began bringing him to gigs in Philadelphia, sitting in with legendary players like Hank Mobley and Philly Joe Jones, who quickly recognized his talent and enthusiasm. With a natural gift for music, DeFrancesco also swiftly picked up on the trumpet after a touring stint with Miles Davis as one of the two youngest players ever recruited for any of Davis’ ensembles.

DeFrancesco has recorded and/or toured with his own groups as well as numerous renowned artists that include Ray Charles, Van Morrison, Diana Krall, Nancy Wilson, George Benson, James Moody, John Scofield, Bobby Hutcherson, Jimmy Cobb, John McLaughlin, Larry Coryell, David Sanborn and many more. The four time Grammy® Award-nominee, with more than 30 recordings as a leader under his belt, has received countless Jazz Journalist Association awards and other accolades worldwide, including being inducted into the inaugural Hammond Organ Hall of Fame in 2014, the Philadelphia Music Walk of Fame in 2016 as well as topping the Critics Polls in DownBeat Magazine eleven times over the past fifteen years and the Readers Polls every year since 2005. DeFrancesco also hosts a weekly program on SiriusXM Radio’s Real Jazz channel titled “Organized.” 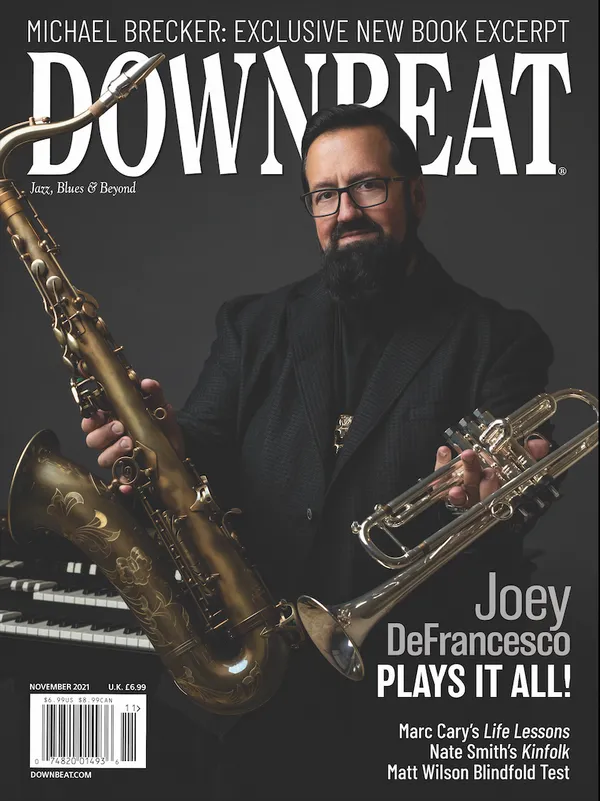 Joey D has really proclaimed the depth of his Philly Music roots, assembling this Trio Lucas Brown doubling B3 & Guitar (Lucas was the Organist for Philly Tenor legend Bootsie Barnes) , & Philly Jazz Drummer in demand, Anwar Marshall. Having caught this Trio at work back home in Philadelphia for Thanksgiving Weekend…we can testify, there is no moment in this performance by Joey DeFrancesco & his Trio bandmates that isn’t full-throttle Jazz! And, the revelation is…Joey is equally at home, equally masterful, & equally soulful in his delivery….whether behind the Hammond B3, on Trumpet, on his Tenor Sax, or with his own delivery of a song lyric. Deeply moving , heartfelt & unflinchingly raw soloing & vocal work.

His 39th Album as leader, titled More Music, released late September in 2021, via Mack Avenue Records, is “more” in every conceivable way. It offers up ten new DeFrancesco originals, brought to life by a scintillating new trio. And the master organist, who has long supplemented his keyboard virtuoso with his skilled trumpet playing, here brings out his full arsenal: organ, keyboard, piano, trumpet, and, for the first time on a record, tenor saxophone.

“His tenor speaks with old-school grit and his trumpet swaggers.” — New Yorker

Experience “Joey D” live to see why JazzTimes claims, “…from sublime to positively pyrotechnics…he’s the best B3 player on the planet.”

Get your Tickets to reserve your seat for a singular, ‘up close & personal’ night of REAL Jazz…Philly Style, with THE “baddest B3 Burner in the business” ~ Joey DeFrancesco!!!

All Tickets are Sold as General Admission.