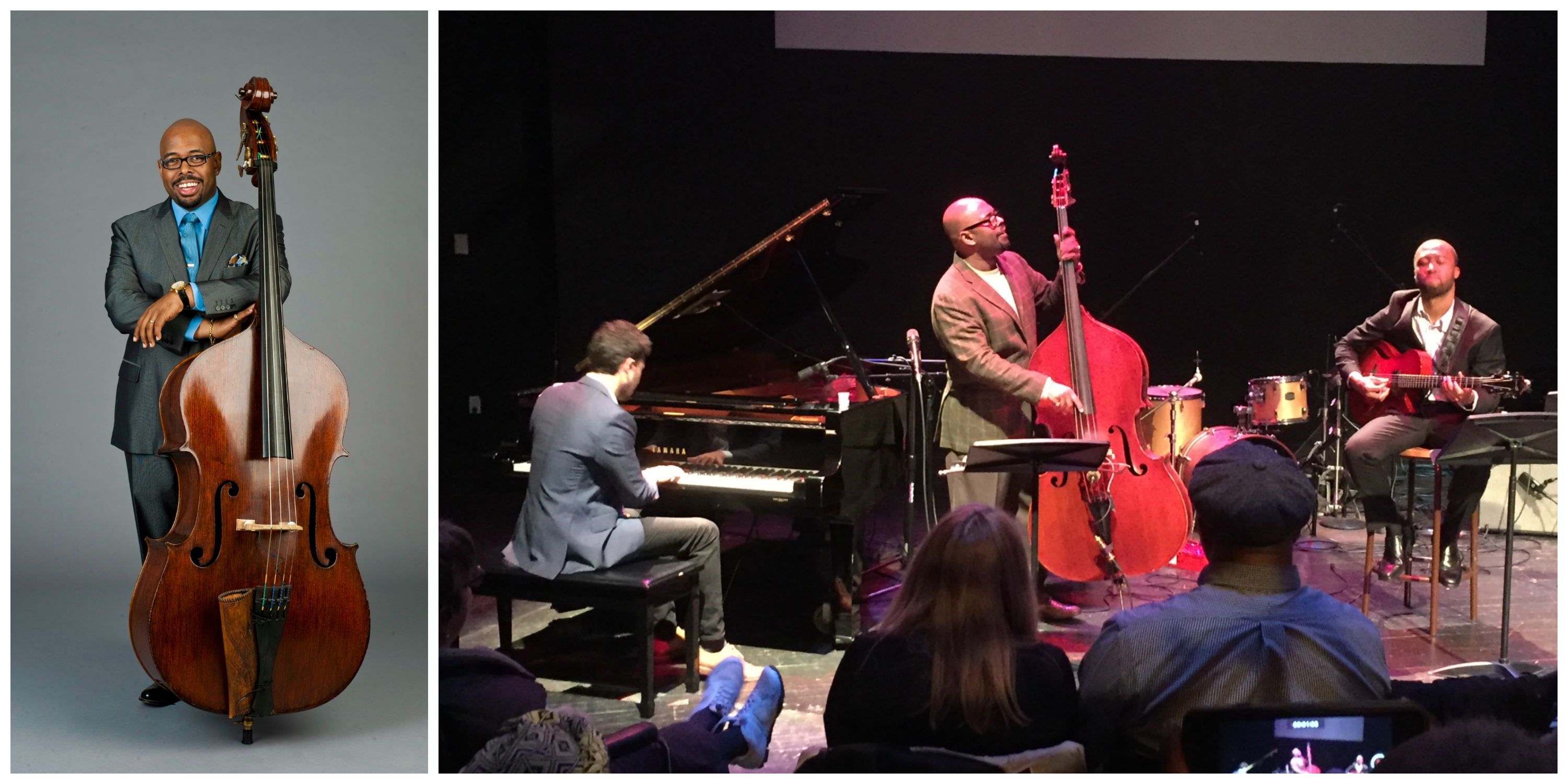 “Christian McBride [was] steamrollering the audience of a fair-sized marquee into a state of near ecstasy.”
-FINANCIAL TIMES

“One of the premier musicians of his generation… “
— DownBeat

Five-time GRAMMY®-winning jazz bassist Christian McBride can be likened to a force of nature, fusing the fire and fury of a virtuoso with the depth and grounding of a seasoned journeyman. With relentless energy and a boundless love of swing, McBride’s path has taken a continuous positive arc. With a career now blazing into its third decade, the Philadelphia native has become one of the most requested, most recorded, and most respected figures in the music world today.

Christian McBride brings that same breadth of experience to bear as Artistic Advisor for Jazz Programming at the New Jersey Performing Arts Center (NJPAC), and in his appointment in 2015 as incoming Artistic Director for Newport Jazz Festival. He also  hosts and produces “The Lowdown: Conversations With Christian” on SiriusXM satellite radio and National Public Radio’s “Jazz Night in America”.

Emmet is making his own mark Touring, doing clubs & festival dates with his own group. He is a rapidly rising star on the Jazz Scene.  Possessing a fluid technique, an innovative tonal palette, and an expansive repertoire, Cohen plays with the command of a seasoned veteran and the passion of an artist fully devoted to his medium.

Dan has made quite a mark on the local jazz scene in a relatively short time.  A regular with Joey DeFrancesco, Dan comes form that lineage of George Benson, Pat Martino, Kenny Burrell school. Christian McBride says of Dan Wilson…”He’s got such great technique with great ideas and he swings real hard”

Tip City is a nod to the Jazz Trios that have haunted the great Jazz Clubs from coast to coast. The Jazz Cats of yesterday are smilin’ large as Christian leads this Trio, pointing the way for these two talented next generation sidemen, as they venture into parts yet to be charted in the world of Jazz & Bebop. Christian McBride And Tip City will leave no musical debts unpaid, as they pay it forward, carrying on the enduring tradition of American Jazz. With a jazz luminary like Christian McBride leading Tip City, there’s no doubt this will be a concert to be remembered, & talked about for years to come!

Join True Blue Jazz as we welcome Christian McBride And Tip City to our Stage in their only appearance in Delaware, or the Peninsula, to date. DO NOT MISS THIS SHOW! Get your Tickets NOW!!!!