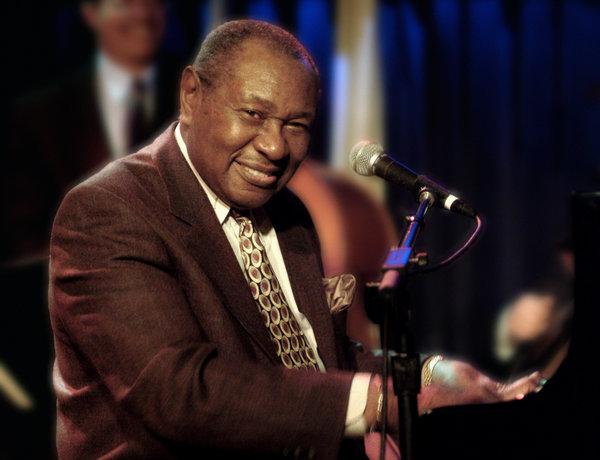 “Freddy has an impeccable sense of swing… he is, overall, the most maturely expressive male jazz singer of his generation, if not the best alive.” – The New York Times
“Gorgeous autumnal baritone, expressive phrasing and pitch-perfect feel for jazz standards, pop tunes and love ballads.” – People Magazine

Cole doesn’t apologize for sounding like his brother, Nat “King” Cole. There are certain unmistakable similarities. He plays piano and sings and performs live with guitar and upright bass, just like Nat. Yet his voice is raspier, smokier, jazzier even. But he has emerged from the awesome shadow cast by his elder brother. In truth, his phrasing is far closer to that of Frank Sinatra or Billie Holiday than that of his brother and his timing swings a little more.

He currently leads The Freddy Cole Quartet, made up of himself, guitarist Randy Napoleon, drummer Curtis Boyd and bassist Elias Bailey that regularly tours the US, Europe, the Far East and South America. Freddy has been a recording artist since 1952, when his first single, “The Joke’s on Me”, was released.

The hallmark of a Freddy Cole performance is intimacy. He connects in a way that truly gives each audience member the feeling of having been the “only person in the room” as Freddy sings & plays for them. His vocals – suave, elegant, formidable, and articulate – are among the most respected in jazz. Cole’s career continues to ascend as he has moved into the front ranks of America’s homegrown art form with a style and musical sophistication all his own. Just a partial list of his musical awards & personal accolades bear witness to the impact of this man & career in the world of Jazz!

DO NOT MISS this singular opportunity to SEE & HEAR this Iconic Jazz Artist, here, at the Delaware Beach. Be there for this singular Event in the history of the Jazz Scene for our Cape Region. Come be entertained royally by The Freddy Cole Quartet, in the most intimate & best sounding Concert Setting available to audiences in Rehoboth ….Upstairs…at The Clear Space Theater Showroom, on Friday October 17th.