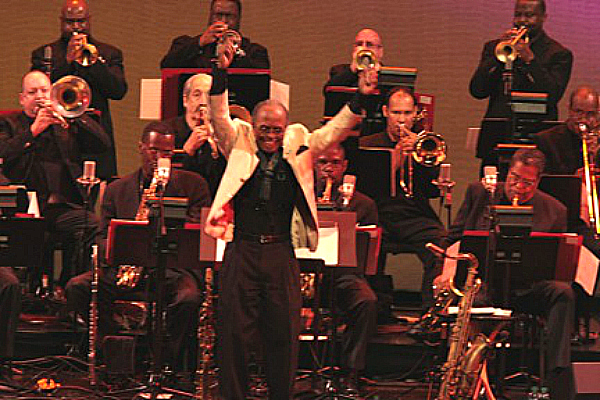 Trumpeter, Wynton Marsalis, wrote the introduction to Jimmy’s autobiography, “I Walked with Giants”.  He speaks of this great group of musicians and Jimmy Heath, saying, “They played with a swagger forged in the Great Depression, tested by war, and proven in the cultural neglect of postwar prosperity. In the early twenty-first century, Jimmy Heath is one of the last of these jazzmen. Past the civil rights movement, the rock ‘n’ roll revolution, and the computer age; through generations x, y and z: and up to the hip-hop nation, his presence speaks to the ageless vitality of this music. He stays very much on the scene, composing, arranging, teaching and playing with wit and vigor. Jimmy brings the generosity of spirit and downright soul that makes jazz worth the dues paid to play it.”